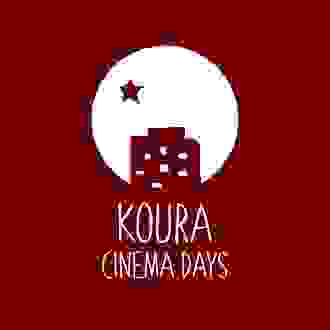 Koura Cinema Days (KCD) began to function as part of national initiatives taken to progress the filmmaking industry in Lebanon. After launching the initiative in 2019 with a modest films screening of national short and feature films, followed by supporting a national feature film production in the region of North Lebanon, we have decided to launch Koura Cinema Days (KCD) under the form of an official film festival competition program.

Situated between the sea and the mountains, on a chain of beautiful hills that stretch from east to west, Amioun, the center and capital of Koura District has a distinctive location and a scenic view. Surrounding the hills on which Amioun is situated are olive fields in the north and vineyards, almond orchards, and olive trees in the south. Paved roads, including the Beirut-Cedars main highway, run through those hills. Long ago, when the houses that stretched on those hills were few, Amioun was called “the town of beautiful hills”.

Amioun is a very old settlement whose history can be traced back to the Paleolithic period. This is supported by the number of small caves built in the old city's rocks. In the past years, a number of French and German Orientalist– foremost of whom was the Frenchman Ernest Renan – visited it, studied its archaeological sites and wrote about them. The ancient Semitic peoples are thought to have arrived in the region around 4000 B.C.

Saint John “al-sheer” church: Elevated on a rocky cliff over a number of vaults in the southeastern facade of the cliff. A Triple scene of a Crusaders church (1099–1100) panoramic over the 28 man-made crypts in the facade whose carbon-dating suggests 15,000–24,000 years of age.

BROUGHT TO YOU BY: BEIRUT FILM SOCIETY

BWFF, a women empowerment initiative from the heart of Beirut.

BICAFF seeks to raise awareness in the region about Children and Family issues.

LFFCA aims to strengthen the bonds between Lebanese Canadians and their  roots through cinema.

A union of Film Festivals around the world, to promote talents in filmmaking.

GGAFF is dedicated to all Armenian filmmakers or to films related to the Armenian History or Culture.

GFC  trains adolescents girls between 14 & 17 years old  on how to use Audio Visual materials to express themselves.

Do you have questions about our festival? Would you like to offer any suggestion our festival? Send us a message, and we will get back to you soon.